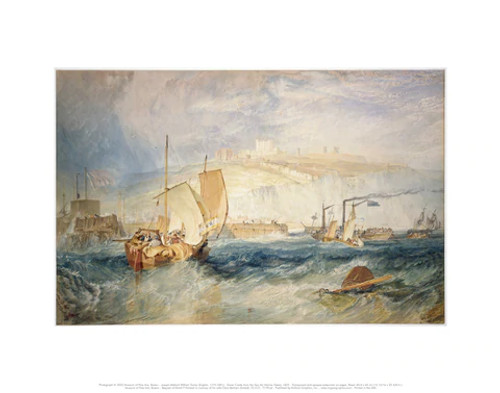 J. M. W. Turner was a preeminent English landscape artist whose dramatic renderings of light and atmosphere greatly influenced the Impressionists. Turner was born in London, England, where his mother died when he was very young. His father was a barber who exhibited Turner's earliest artistic efforts in his barbershop window. Turner studied at the Royal Academy of Art in London, where he had the rare distinction of having a painting exhibited when he was just fifteen. Turner quickly achieved success with his dramatic, airy landscapes and seascapes. His early paintings were watercolors, but by the late 1790s he had switched to oils, though he retained the vibrant color of his earlier work. Turner traveled widely in Europe seeking inspiration and subject matter, sometimes taking such great artistic license in depicting scenes that they were virtually unrecognizable. Turner exhibited at the Royal Academy of Art throughout his life until shortly before his death.

Ross Sterling Turner, A Garden is a Sea of Flowers Poster

Turner, A Garden Is a Sea of Flowers White Framed Postcard