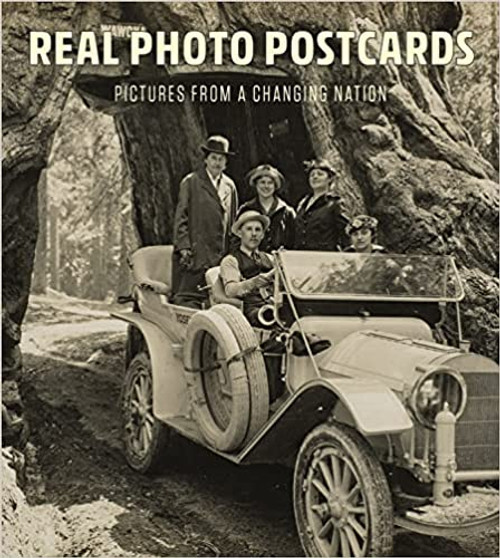 Postcards of a nation embracing a new democratic technology

The ubiquity of photography and social media today makes it hard to imagine a time when it was not possible for ordinary people to take their own pictures and send them with short messages over long distances. But it was revolutionary when the Eastman Kodak Company, in 1903, unveiled a new postcard camera that produced a postcard-size negative that could print directly onto a blank card. Suddenly almost anyone, amateurs and entrepreneurial photographers alike, could take a picture―of neighbors at home and at work, local celebrations, newsworthy disasters, sightseeing trips―and turn it into a postcard.
This book captures this moment in the history of communications―from around 1900 to 1930―through a generous selection of what came to be known as “real photo postcards” from the extensive Leonard A. Lauder Postcard Archive. As the formality of earlier photography falls away, these postcards remind us that the past was occupied by people with distinct and individual stories, dramatic, humorous, puzzling and surprising.

View from the Charles Ornament