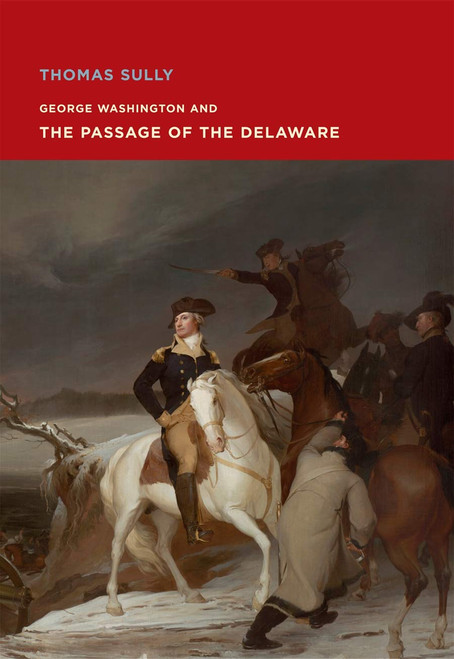 On the night of December 25, 1776, George Washington led his ragged Continental Army through a snowstorm across the Delaware River, on the way to a surprise attack in New Jersey that would turn the tide of the American Revolution. More than 40 years later, the ambitious young painter Thomas Sully chose this dramatic moment as the subject of a portrait of the founding father commissioned for the North Carolina State House. He combined careful research into contemporary visual and written sources, compositional models drawn from heroic portrayals of the kings and emperors of Europe and American history paintings, and his own flair for theatricality to create a monumental panorama in a new mode that he called a “historical portrait.” In it, a dramatically lighted Washington urges on the troops from the back of a magnificent white steed, surrounded by fellow generals and aides, while his troops contend with the wintry river crossing below, as dawn breaks on the horizon.

"The Passage of the Delaware," the first large-scale painting of this iconic moment, was created in the early years of the burgeoning cult of George Washington, when artists, writers and politicians evoked the heroic deeds of the founding fathers, and particularly their wartime exploits, to foster a sense of national purpose and unity. This compact introduction to the painting reveals how Sully’s imagination, technique and ambition came together to embody the drama of the Revolution and the character of its leaders in a manner that inspired viewers of its time and is still stirring today.

Thomas Sully, The Passage of the Delaware Poster

Thomas Sully, The Passage of the Delaware Poster