Karsh: A Biography In Images 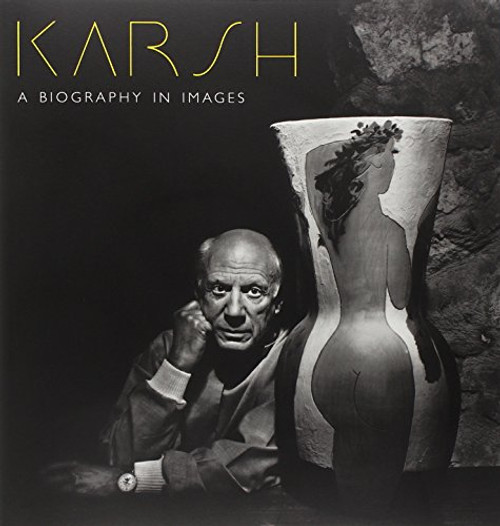 Karsh: A Biography In Images

During his remarkable life, Yousuf Karsh, who was born in Armenia in 1908, traveled the globe to photograph subjects ranging from historical figures to anonymous farmers to steelworks. Karsh: A Biography In Images is a full revision of the 1996 60-year retrospective of his work and brings that popular catalogue back into print in an affordable paperback format. This new edition covers the photographer's career with greater breadth than its previous incarnation, adding works from his early experiments and his photojournalism commissions in Canada. Karsh's reputation as one of the most sought-after portrait photographers of the twentieth century is well established. A roll call of his subjects is a veritable who's who of the modern age--Winston Churchill, Jacqueline Kennedy, Pablo Picasso, Walt Disney, Elizabeth Taylor and Albert Einstein, to name just a few--and this book features many of these figures, in some of the most recognized images of our time. But added to the portraits are a number of lesser-known or previously unpublished photographs--early figure studies, atmospheric views of the Ottawa theatre and scenes of wheat fields, city streets and factories across Canada. With its long autobiographical essay and extensive captions for each photo, many of them new to this edition, Karsh: A Biography In Images is both an elegant celebration and an indispensable overview of a life lived in photography. Yousuf Karsh passed away last year.

Writing the Future: Basquiat and the Hip-Hop Generation Exhibition Catalogue