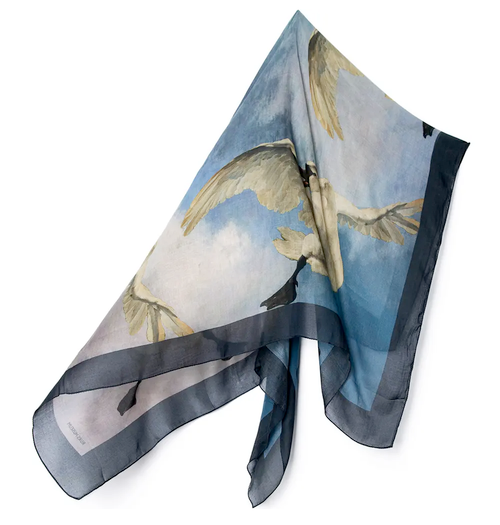 Energetically a swan defends it's nest against a dog.  The fight was politically interpreted in later centuries: the white swan was conceived as statesman Johan de Witt, murdered in 1672, who defends the country against it's enemies.  With that interpretation, the painting ended up in  1800 as the first purchase by the National Art Gallery (the predecessor of the Rijksmuseum).  It was purchased for 100 guilders and it still considered one of the masterpieces of the Rijksmuseum.

Based on the painting "The Threatened Swan" by Jan Asselijn.