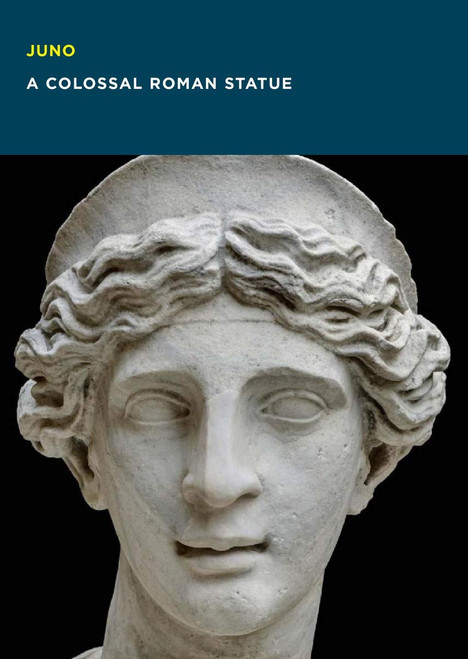 The tale of a classical statue’s journey from a Roman theater to the MFA Boston. If this monumental second-century Roman statue could speak, she would tell  of travels from a theater in ancient Rome to the gardens of an Italian  prince’s villa―and then across the Atlantic to a suburban garden, where  she endured for a century before finding a home at the Museum of Fine  Arts, Boston.

Although standing 13 feet tall and weighing some  13,000 pounds, this colossal statue has a long history of hiding in  plain sight. Now, stylistic evaluation, historical research and  technical examination have revealed connections with five other “sister”  statues, all carved of Carrara marble, that were part of an Augustan  renewal of Rome. Despite losing her head (and gaining a new one), and  suffering damage and repairs, she has continued to be admired throughout  two millennia. As the largest classical sculpture in America, newly  restored and protected from the elements at last, she has just begun to  share her secrets.

Appeal to the Great Spirit 8" Statue

Fashion: Treasures of the Museum of Fine Arts Boston, a Tiny Folio

Dutch and Flemish Masterworks from the Rose-Marie and Eijk van Otterloo Collection: A Supplement to Golden

Appeal to the Great Spirit 8" Statue