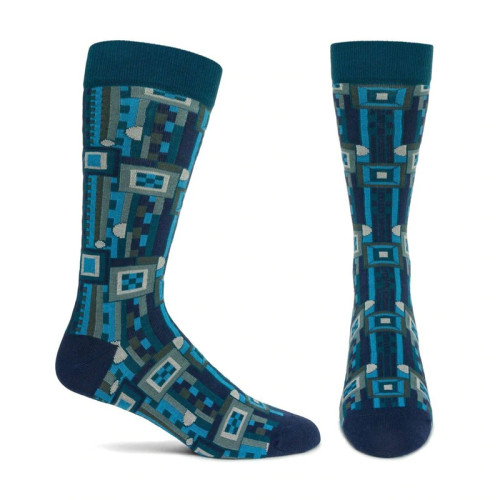 Originally designed as a series of Liberty Magazine covers, the Saguaro design was considered too radical and never used. In the 1970's the design was translated into a stained glass window for the entrance of the Arizona Biltmore Resort. The piece entitled "Saguaro Forms and Cactus Flowers" is today one of Frank Lloyd Wright's most popular designs.
Men's crew sock from Ozone Design inspired by the designs of Frank Lloyd Wright.