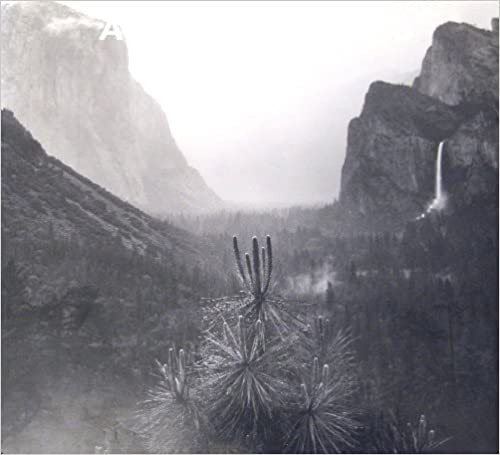 by Karen E. Haas and Rebecca A. Senf

Since Ansel Adams emerged as this country’s first photographic “superstar” in the late 196 ’s, his sharp, monumentally composed landscapes helped define how we see “America the Beautiful.” Through Adams’ lens, the light falling on the land – whether sunlight on Yosemite National Park or the moon’s reflection over New Mexico – looks brighter, somehow better.
Despite the familiarity of his images, however, few know that Adams was not only a great landscape photographer and environmentalist, but also a true “father” of American photography. He mentored many aspiring artists and curated some of the first major photography exhibitions in the United States. For most of his life, he also remained a commercial photographer who sold his work to earn a living.
This is the first book to present Ansel Adams in all of these roles. Based on the Lane Collection, once the largest private holding of his photographs and now in the collection of the Museum of Fine Arts, Boston, it presents more than 1 duotone illustrations spanning the artist’s entire career, with particular emphasis on his early work. Include alongside the well-loved views of Yosemite and other national monuments are less-known images, such as a soft-focus picture of a tree taken when Adams was just seventeen years old, rare depictions of Pueblo Indians in traditional dress, striking urban and architectural views, and portraits of artists such as Georgia O’Keeffe, Edward Weston, and John Marin.
The extensive text, largely based on unpublished documents and letters, describe Adams’ pivotal role in the development of twentieth-century American photography, his defining experiences in the American Southwest, and his collaboration with William and Saundra Lane in forming the collection presented here. For the beginner and connoisseur alike, this is a fresh and insightful look at one of America’s true artistic icons.

Quilts and Color: The Pilgrim/Roy Collection

Museum of Fine Arts, Boston: A Guide to the Collections (Japanese)

Museum of Fine Arts, Boston: A Guide to the Collections (Chinese)

Museum of Fine Arts, Boston: A Guide to the Collections (Spanish)